This summer at the Zilkha Center, the Garden Interns are tending the gardens that surround the Environmental Center. These two interns, Noah Cowit ‘20 and Ivana Onubogu ’21, are responsible for planting new plants and maintaining the current crop in these gardens. From weeding, planting, watering, and harvesting, the garden interns do it all. Every morning, Ivana and Noah get down and dirty with the plants, which is new territory for the both of them. “The biggest challenge has been starting with no knowledge of gardening, and learning as I’ve been going about what does and doesn’t work,” remarks Noah, as he finishes painting a sign while I interview him in the Envi Center’s kitchen. “That and the tenacity of the local squirrel population. They really suck.”

The garden interns have persisted despite the invading rodents, covering the plants to protect them. In the last few weeks, the interns have been working on improving the aesthetic appeal of the Envi Center gardens, as well as the Parsons garden by Dodd Circle. Additionally, there has been a focus on prioritizing accessibility for the food-producing plants by implementing more accurate and more obvious signage. Clearer signs would assist the community in identifying the types of plants in the garden. “At first I thought we were supposed to make signs to tell the squirrels to stay out of the garden, but then I realized that wouldn’t work,” explains Noah. 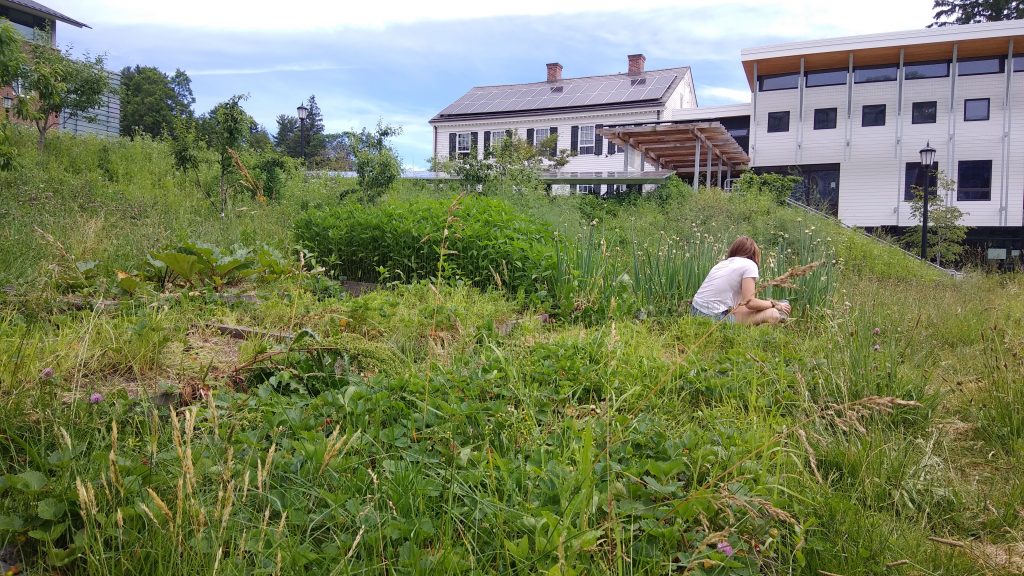 The pair has also hosted events to bring the community to the garden, where guests can make infused water with the garden’s herbs and sample some of its bounties. Accessibility is a big priority for this summer’s gardeners. One of Ivana’s goals is to ensure that the food-producing plant beds are physically accessible for all. “I hope that, in the coming weeks, there are measures that can be taken to improve the outside garden space in this way,” says Ivana. “Hopefully when the summer is done, we will have a bountiful harvest,” Noah chimes in.

The gardeners have spent this summer in unknown territory, but they’re quickly mastering their roles and learning more about their own relationship to food and community. “I’ve had to mentally reorganize my position on the food pyramid. I’m deathly afraid of bugs and there are so many outside- what a concept,” chuckles Ivana. “After 5 weeks, I only flinch a little when one comes near me, so that’s progress. Maybe in 10 weeks, I’ll be beating my wings with the beetles too.”

The Envi Center’s gardens can be found both in front of and behind the building. Come check it out whenever you can!