The college is finally going to put a community garden on campus! Staff, faculty, community members, and students alike have desired a shared space to plant to their heart’s content. At the beginning of last year, a google form was sent out to the public through Daily Messages, the ZC newsletter, and emails, etc. The form got around 90 responses in favor of the community garden project–a significant portion of respondents even stated interest in having a plot of their own! The excitement around the project led to a funding request being submitted (and approved!) and initiated the search for the best location. Community members were also asked if they had a personal interest in helping the garden become a reality through joining a group of people dedicated to figuring it out.

Currently, there are two gardens on campus that are both student run; Parsons Garden and the ‘66 Environmental Center Garden. Although people are free to pick the produce grown in these places, neither of them have the option for people to plant their own plots.  The proposed garden is intentionally open to students, faculty, staff, and Williamstown community members, which will create more opportunity for interaction among all groups.

The location for the community garden needed to be spacious enough to hold several plots. There were three locations that were heavily considered; behind Dodd, next to the ‘62 Center for Theatre and Dance parking garage, and behind Poker Flats. Dodd was too narrow and wouldn’t allow enough sunlight. The parking garage had a habit of getting too wet and mucky when it rained. Thus, there was one clear winner. Poker Flats would be the location for the proposed community garden.

Poker is student housing and the fields behind it are most commonly used by Williams Ultimate Frisbee Organization (WUFO) and the Alumni office for reunions. The two organizations have shared their approval for a portion of the space also being used for the garden.

Once the location was official, testing began. Jay Racela and his interns, Jaya Alagar ’22 and Petra Baldwin ’21 with the Williams College Environmental Analysis Lab started testing the soil pH and composition.  They spent the summer analyzing soil samples and the results of these tests are described in their final poster.

Additionally, a drone was flown above the site to get photos to help in planning. *see photos attached to this post.

The hope is that the garden will be installed in the upcoming fall so people can plant in the spring. Between now and then, the focus group surrounding the garden must come up with guidelines to ensure the project doesn’t fall flat. They are debating questions like how do we collectively manage that space and allocate spaces within it? Who oversees and keeps people accountable? The answers to these questions are still being hammered out. If you’re interested in a plot but don’t have the first clue about gardening, don’t worry, they’re thinking about that too. In regards to where one can buy stuff to plant in the first place– there’s a town plant sale, the Zilkha Center will purchase some seeds for people to take, and the community gardeners can seed swap with one another. Also, there will be an official steering committee that will encourage members of the garden to share expertise. Hopefully, there will even be gardening teach ins! Once the garden is up and running, members will be able to plant whatever they want. Additionally, there are plans to also include a shared berry space, a shared tool shed, and shared water access.

Mike Evans from the Zilkha Center says he “hopes it will be a  great community building space” that will create opportunities for connection amongst Williams College and Williamstown community members while utilizing Williams’ resources.

Would you like to be a part of the community garden planning? Would you like a plot of your own? Here’s the link to the google form: Gauging Interest in a Community Garden! 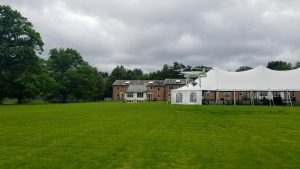 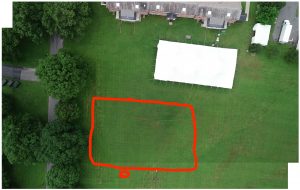