Notes from the Fields: Crystal Ma '21 on her Summer at Yunnan U 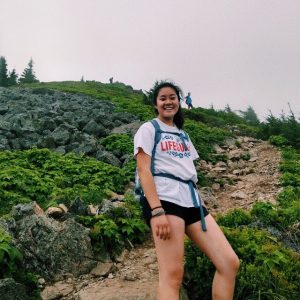 Notes from the Fields: Crystal Ma ’21

This summer I am in China working at the School of Agriculture of Yunnan University, a research partner of The Land Institute, to study perennial rice crop breeding.

I’ve taken interest in this project since studying Wes Jackson and The Land Institute in ENVI 101 with Professor Howe first semester of freshman year—the lab was briefly featured in a video we watched in class. The Land Institute is an agricultural research organization that’s developing a new model for farming called “Natural Systems Agriculture” by breeding new perennial grain and seed crops and researching ecologically intensified polycultures that mimic natural systems.

Industrial agriculture breeds food crops to be increasingly dependent upon larger scales of industrial intervention that not only keep important processes like pest control, fertility and nutrient cycling, erosion control, drought resistance and water management, and carbon sequestration from occurring but displaces the control of those processes outside the hands of the farmer and into the hands of private corporations. The development of perennial crops not only prevents soil erosion, soil carbon loss, and dependence on chemical pesticides and fossil fuel based inputs but it also brings justice to those who are struggling at the hands of big, monoculture agriculture. I believe that the development of perennial polycultures is a concrete step that can be taken to dismantle global inequalities perpetuated by the industrial food production system.

In the US, I identify perennial crop development as part of the permaculture and alternative farming movement. It is an agricultural design principle centered around simulating or directly utilizing the patterns and features observed in natural ecosystems. In China, however, motivations are different and it seems that a greater emphasis is placed on the ability for perennial crops to reduce labor costs. I didn’t realize prior to coming to Kunming that the industrial agriculture which dominates the majority of American farmland (chemically intensive food production featuring enormous single-crop farms and animal production facilities) is very different from the system of food production in China, in which seed distribution is done so by the state and farmers/peasants, not huge, private corporations, produce the majority of food crops. As I learn more and more about this complex system, I have been thinking a lot about the threat that new forms of imperial rule and global governance in the form of science and technology pose. Biotechnology, at present, seems more likely to increase the power of metropolitan centers of science and technology than that of people at the periphery (ie. the power of scientific institutions located in cities or university towns rather than farmers). It’s really interesting to me that the majority of the people working at our field site in Jinghong are locals, of the Dai 傣族 minority group, and the land the lab grows it’s experiments on is rented from Dai community members. To what extent is it necessary for farmers to be involved in knowledge creation and how through what mechanism must it be done in order for the involvement to be truly meaningful?

Another paper that we read in ENVI 101 was by Miguel A. Altieri of UC Berkeley. It described 75 million rice farmers in China who still practice methods similar to those used more than 1,000 years ago. Altieri wrote that “although the conventional wisdom is that small family farms are backward and unproductive, research shows that small farms are much more productive than large farms if total output is considered rather than yield from a single crop.” I am especially intrigued by research that compares the products of traditional Chinese agricultural practices to industrial monoculture farms in terms of ecological impact and productivity and I think that working in Dr. Fengyi Hu’s lab at Yunnan University has allowed me to build field experience in areas that I’ve only scratched at through critical literature and introduced me to a field and issue that I hope to contribute the rest of my life to in the fight for an agricultural democracy.

Crystal Ma ’21 is from Seattle, WA. She is currently undecided regarding her major. Last year she worked for CES’s Log Lunch and as a Real Food Intern with the Zilkha Center.