An Update on Williams’ Collaborative Solar Project in Farmington, Maine 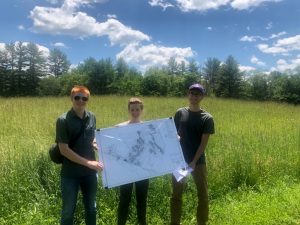 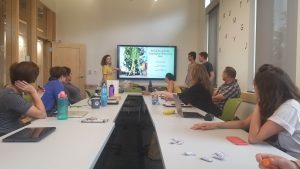 Last year, Williams along with Amherst, Smith, Hampshire, and Bowdoin announced that they would collaborate in a purchase and development of a solar electricity site, the NEC Renewable Partnership. The site found its location in Farmington, Maine on land that used to operate as a dairy farm. This partnership exemplifies the colleges taking concrete steps towards their carbon neutrality goals, with an innovative lens.

Amherst, Smith, and Williams created a collaborative summer research experience led by students who would work through topics like economic development, environmental policy, and solar land management. The internship had a lot of room for the solar interns to give their project direction and bring their own ideas to the table in the beginning stages. When it came to research, the solar interns read many articles, permit documents, etc to become more knowledgeable on key topics in both a broader sense and more localized to Farmington. Additionally, they planned a site visit and conducted interviews. The central question the solar interns decided on is as follows;

“What are the economic, environmental, and political factors that led to the creation of the Farmington Solar Project, and what is the local landscape of impact of the utility-scale solar energy development? In general, what can we learn about the relationships between renewable energy projects and the communities they impact from the lense of this project?”

They visited the site for two nights and three days in early July, something that allowed for them to have clarity on what they wanted to produce by the end of summer. Evan Wright ‘21, is the solar intern from Williams. He said “that seeing the site firsthand is essential for understanding the opinions of community members and the impacts of the project. I would also like to see how the farm is changing as a result of the project. It is hard to truly wrap our minds around how to think about the solar farm without seeing the site ourselves.” They came out of the trip with a better understanding of the complexities that go into large projects. Also, they learned that there was a general lack of knowledge among Farmington locals about the project.

The interns presented recently at the “Berkoneer” retreat at Hampshire College, a meeting of sustainability college professionals from the berkshires and Pioneer Valley —including Williams, UMass Amherst, Amherst, Smith, and Hampshire. Evan says they were “there to present the project and give an update to the people that were there about what we were doing” and that he “really enjoyed working with other interns, I think they’re a great group of people and it was fun working in person with them.”

The goal is to make their findings accessible to the general public. The final product will be a website with a narrative, storymap-like element similar to a magazine article that integrates video and audio as well as links to the full audio and video files on the archive pages. Next steps include wrapping up the project and figuring out answers to questions like what can other industries involving rural development learn from this project? How could other colleges take on similar projects? 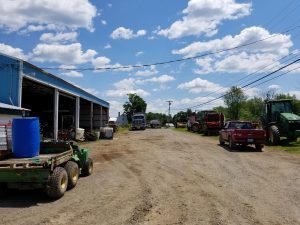 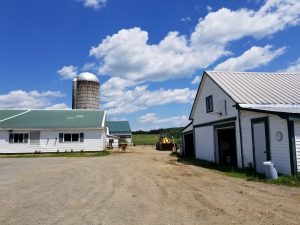 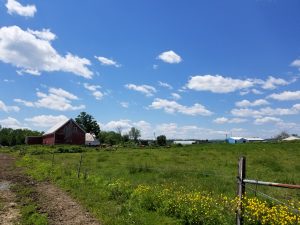